Suggested Reading for Our Students

The Cross and the Switchblade   by David Wilkerson

The Cross is Still Mightier than the Switchblade by Don Wilkerson

Addiction and Grace  by Gerald G. May

The Addictive Personality  by Craig Nakken

At the Altar of Sexual Idolatry  Steve Gallagher

Every Man’s Battle  by Stephen Arterburn

Boundaries with Kids  by Henry Cloud and John Townsend

How to be a Happy, Healthy Family  by Jim Burns

On Becoming Teen Wise  by Ezzo and Buckman

The Seven Cries of Today’s Teens  by Timothy Smith

All the Rave  by Tim LaHaye and Bob DeMoss

Right from Wrong  by Josh McDowell and Bob Hostetler

Wild At Heart  by John Eldredge

Not Guilty  by Jim and Barbara Dycus

The Wounded Spirit  by Frank Peretti

Women Who Hurt Themselves  by Dusty Miller

The Five Love Languages of Teenagers  by Gary Chapman

Bringing Up Boys  by James Dobson

Breaking Free From Anorexia and Bulimia  by Linda Mintle, PhD

The Heart of A Leader  by Ken Blanchard

Leadership is an Art  by Max DePree

The Leadership Genius of Jesus  by William Beausay, II

Build To Last  by James Collins and Jerry Porras

The Soul of The Firm  by William Pollard

The Management Methods of Jesus  by Bob Briner

Developing the Leader Within You  by John Maxwell

Developing Leaders Around You  by John Maxwell

Good to Great  by Jim Collins

DISCOVER HOW AFFORDABLE WE ARE

NEED HELP FOR YOUR TEENAGE BOY? 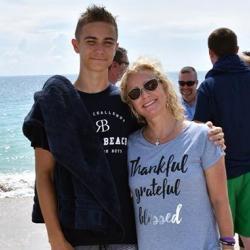 We enroll immediately and do so year-round. Treasure Coast Academy is designed to bring about improved behavior and attitudes for boys who are currently struggling with poor school performance, negative peers, or life-controlling issues. Use the inquiry form so that we can provide you more information by email or phone call.

We are a 501c(3) charitable nonprofit organization. Gifts are tax-deductible as allowed by law.

Boys ranches in Kentucky that can help turn around a troubled boy with counseling and mentoring -- Kentucky therapeutic boys ranches. .